Just outside the station there is a bus stop and a taxi point. If your hotel is in the city center, you can also choose to walk. Below are some detailed instructions on each of the options.

Braga is the oldest Portuguese city and one of the oldest Christian cities in the world, founded in Roman Empire as Bracara Augusta, and has over 2000 years of history as a city. Located in northern Portugal, more specifically in Cávado Valley, Braga has 176 154 inhabitants in his county (INE data, 2008), being the center of the Minho region with over a million inhabitants (2007).

Chosen by the European Youth Forum for European Youth Capital in 2012, Braga is a city full of culture and traditions, where history and religion live side by side with the technology industry and the university.

Braga is known as the Rome of Portugal due to its numerous baroque churches. Its cathedral, built in the twelfth century, is the oldest in the country. Porto, Braga and Guimarães are an attractive tourist triangle.

The Universidade do Minho (UMinho) has an approximate population of 19,000 students, of which 12,350 are undergraduate and integrated Masters students, 4470 Masters are students and 1,912 are doctoral students.
The faculty is composed of about 1,200 teachers and researchers and 600 administrative and technical staff. The European Universities Association considered it as a case study of good practice at European level.
In the latest evaluation process, the Foundation for Science and Technology (FCT), 80% of the 32 research centers were classified as very good, excellent, or integrated with associated laboratories.
UMinho has two campuses: one in Braga (see map) and other in Guimarães (about 20 km from each other), that city is a World Heritage Site of UNESCO.
Map of the University of Minho - Campus de Gualtar in Braga: 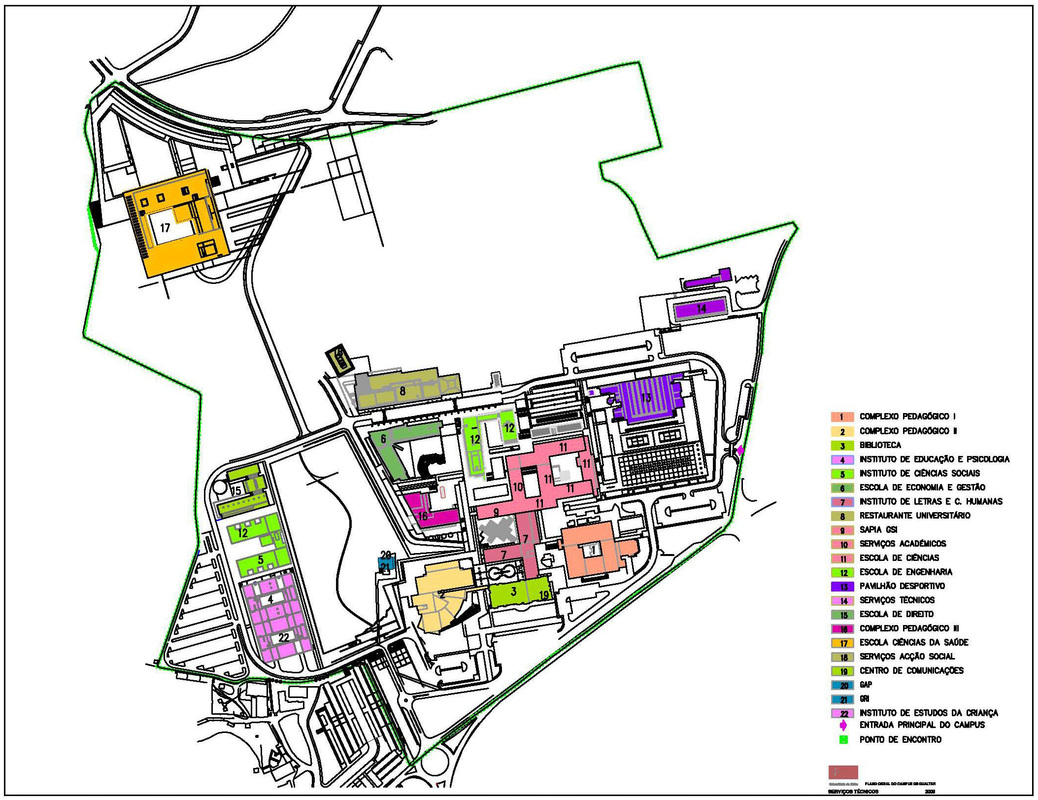